Booka Shade (pronounced: 'shah-day') are a formidably respected duo in the world of European dance music. Their label, Get Physical is no slacker in providing quality House, Techno and Electro, and these guys have around on the club circuits since the early 1990s. 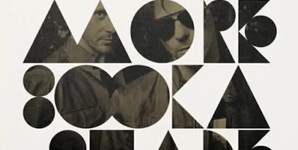 Producers, DJs, and efficient Germans to boot: Booka Shade have never been sloppy when mixing it up. 2006's Movement was a resounding success and they found themselves with a club smash on their hands, 'Body Language.'

If they had ever strayed into the forays of pop, More! Sets up camp on the dance floor and refuses to budge. The beats are back to basics, the breakdowns and build ups are seamless and euphoric. It's just about varied enough to avoid sounding stale, but saying that, More! tows the line rather than surpassing expectations completely.

'Havannah Sex Dwarf' kicks proceedings off in a hailstorm of bleeps, underneath which lies a filthy, distorted back beat. This immediately drops off into the minimal techno abyss of 'Donut (Interpretation)' and all revelry is suspended. 'Teenage Spaceman' is an interesting little anomaly, a perfect bubble of Balearic bliss inside an album that is otherwise rigidly straight faced.

The thing is for Booka Shade is that, though is album is solid, precise and shows their prowess, things have moved on a bit in the couple of years since their peak. There are lots of good moments on this album but somehow it fails to excite the adrenal glands in the way dance music should. More! Is easy to appreciate aesthetically, but alas, hard to jiggle around to.