Actor BooBoo Stewart Was In Excruciating Pain On The Set Of Tv Movie Descendants After He Lost Two Toenails Because He Wore The Wrong Size Sports Shoes.

The Twilight Saga star comes from a family of stunt performers so he was able to carry out most of his own jumps and tumbles in the Disney Channel movie.

While all the daring stunts were executed without a hitch, Stewart ended up with a nasty injury because he did not wear the correct size shoes for a sports scene.

Stewart tells WENN, "I lost two of my toenails... I've never worn cleats (studded sports shoes) before and so I thought cleats should be tighter on your foot. But they were too small and my toenail, I guess, just kept crashing up against the front of the shoe and it pushed it into my foot kinda (sic). It actually really hurt. It sounds like a wimpy pain, but we had to rip them (the toenails) off." 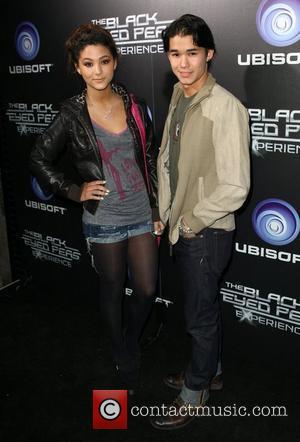