Bono's Spiderman Musical 'To Be Broadway's Most Expensive Production' 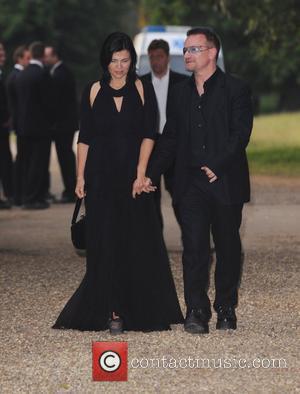 The Spiderman musical is set to be the most expensive in Broadway's history, according to reports.

U2 frontman Bono and his bandmate The Edge are both involved in writing the score for the production, which is expected to cost up to $40 million (£20 million) to complete.

Weekly production costs for the project are expected to top $1 million, meaning the show would have to run for 8,000 years to break even, reports the New York Post.

According to the publication, the musical is facing a budget cut of $5 million.

The majority of the money is being spent on designer costumes and sets.

Spiderman: The musical is expected to open in New York next year.

BONO is also hitting the headlines this week after it emerged he is to feature alongside Angelina Jolie and Nelson Mandela in a new coffee table book, entitled Bible Illuminated: The Book.

Created by Swedish ad man Dag Soderberg, the book aims to incorporate passages of the bible with a magazine-style format and pictures of famous faces.

BONO's inclusion is to highlight the importance of good deeds.