Bono was left in a panic when he ran out of cigarettes at his exclusive bash after the GQ Men of the Year Awards in London on Tuesday (04.09.12) 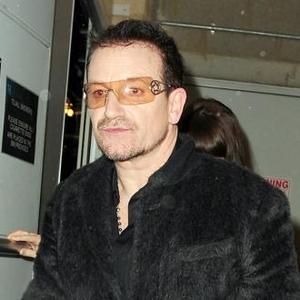 Bono was left in a panic when he ran out of cigarettes at a celebrity party he was hosting.

The U2 frontman threw an exclusive bash after the GQ Men of the Year Awards in London on Tuesday (04.09.12) for a host of celebrities including Sacha Baron Cohen, Alan Carr and Liam Gallagher but was dismayed when he ran out of cigarettes for those of his guests who enjoy a smoke.

According to the Daily Mirror newspaper, after an initial panic an enterprising butler popped out to the local corner shop on behalf of the guests.

Bono also invited a host of Olympians including Greg Rutherford, Louis Smith, Christine Ohuruogu to the party at PR guru Matthew Freud's London home and while they don't smoke, they were thrilled to find a games room downstairs complete with ping pong table.

After a few competitive games, the entire group returned to the party.

Bono was recently linked to a role on 'American Idol' after exiting judge Jennifer Lopez tipped him for the judging panel, saying they needed someone big to replace her.

When asked who should take her place on the show, she said: ''I think Bono or Bon Jovi or Mick Jagger. You know me, I think big.''