Bono U2 The Edge Adam Clayton 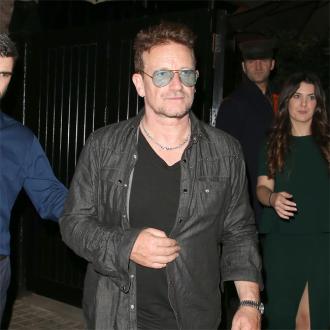 The 'Ordinary Love' hitmaker and his bandmates - The Edge, Larry Mullen and Adam Clayton - are struggling to come to terms with the death of their longtime friend and colleague, who went into cardiac arrest in his room at the Sunset Marquis Hotel in Los Angeles today (27.05.15), following the first of their five performances at the nearby The Forum last night.

In a touching message on the group's website, the 55-year-old star wrote: ''We've lost a family member, we're still taking it in. He wasn't just a legend in the music business, he was a legend in our band. He is irreplaceable.''

Mr. Sheehan, 68, worked with the Irish rockers for more than 30 years after stints on tour with Patti Smith and Led Zeppelin earlier in his career.

Paramedics were called to his room after he went into cardiac arrest in the early hours of this morning and he was pronounced dead at the scene, according to local news outlet ABC7.

Live Nation's President of Global Touring Arthur Fogel, who worked closely with U2 and Sheehan over the years, also released the following statement: ''With profound sadness we confirm that Dennis Sheehan, U2's longstanding tour manager and dear friend to us all, has passed away overnight. Our heartfelt sympathy is with his wonderful family.''

This marks the third bereavement for U2 this year, as they lost their longtime spiritual mentor Pastor Jack Heaslip in February and drummer Larry's father died in Vancouver earlier this month.