Bono Is A 'Modern Beethoven' 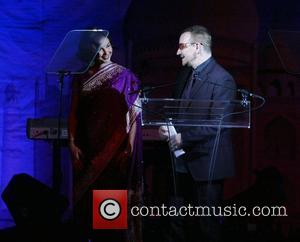 Rocker Bono is a modern day 'reincarnation' of classical composer Ludwig Van Beethoven, according to the editor of music magazine Gramophone. The latest issue of the British publication gives Beethoven a modern make-over, so he looks like the U2 frontman. Editor JAMES INVERNE also claims the pair share many similarities. Inverne says, "Beethoven was a major cultural figure in his day, just as Bono is now. "In the 18th century, composers were the pop stars of their day. Beethoven was also a regular guest at court and would have been a point of reference for the Austrian aristocracy. "Bono has a comparable relationship with Tony Blair and George W Bush, and the dynamic is still the same. "Beethoven believed the world should work to make itself a better place and that we should stand up against oppression."