Bono has family prayers in bed

Bono and his family often gather on his bed to pray for those in need. 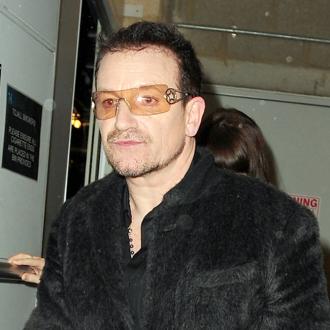 Bono and his family hold impromptu prayer sessions in their bed.

The U2 singer gathers with wife Ali Hewson and their children Jordan, 24, Eve, 21, Elijah, 14, and John, 12, to ask for help for sick family members or those struggling in life, and the 'One' hitmaker also prays to learn to understand the ''will of God'' better.

In an interview with Ireland's RTE One, he said: ''I pray to get to know the will of God, because then the prayers have more chance of coming true, I mean, that's the thing about prayer.

''We don't do it in a very lofty way in our family. It's just a bunch of us on the bed, usually, we've a very big bed in our house. We pray with all our kids, we read the Scriptures, we pray.''

The 'I Still Haven't Found What I'm Looking For' hitmaker sometimes goes to church, but doesn't sit through a full service.

He added: ''We read the scriptures and sometimes we just slip into church as it's ending and find some peace and quiet and say our own prayers.''

The 53-year-old rocker also spoke of his belief in Jesus as the Son of God, insisting too many people have been ''touched'' by their Christian faith for him to have been a ''nutter''.

''So, he either, in my view, was the Son of God or he was nuts... And I find it hard to accept that whole millions and millions of lives, half the Earth, for 2,000 years have been touched, have felt their lives touched and inspired by some nutter. I just, I don't believe it.''