U2 frontman Bono was forced to hitchhike after being caught in heavy rain while taking a stroll in Canada this week. 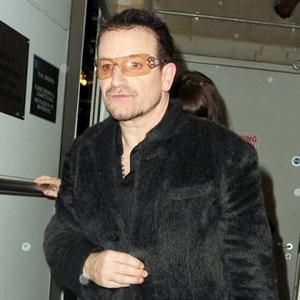 Bono was forced to hitchhike when caught in heavy rain this week.

The U2 singer and his assistant were taking a stroll in West Vancouver on Tuesday (31.05.11) but had to flag a passing car to help them out when they were soaked in a downpour.

Edmonton Oilers ice Hockey player Gilbert Brule was stunned to spot the 'Where the Streets Have No Name' hitmaker by the side of the road and persuaded his girlfriend Kelsey Nichols to stop for the rocker and his pal.

Kelsey told the Edmonton Journal: "I didn't want to stop, but they waved and Gilbert yelled, 'That's Bono.'

"I didn't believe him so I kept driving."

She eventually turned around and picked up the pair, who happily shared the back seat with the couple's pet dog and chatted about ice hockey, Ireland and Canada.

Bono then offered them backstage tickets to see U2 play in Edmonton the following evening, and brought up their generosity during the show.

"I know this from personal experience because I was hitchhiking in Vancouver just yesterday.

'Kelsey, his girlfriend, she was driving, and Gilbert, they picked up this Irish hitchhiker and I'm ever so grateful, I've decided that now I want to be Gilbert Brule. I do."

After the show, Bono signed their tickets, writing "To my hero Gilbert" on one and "Thanks for the ride" on the other.