He altered the lyrics of 'Pride (In The Name of Love)' to refer to the shocking image of the drowned Syrian toddler Aylan Kurdi.

Bono changed the lyrics of one of U2’s songs to make a reference to the current refugee crisis in Europe during one of the band’s live shows last night, and took the time to address the packed crowd and urge “humanitarian leadership” upon the continent’s national governments to solve the problem.

U2 kicked off the European leg of their latest world tour, in support of last year’s album Songs of Innocence, on Friday night (September 4th) in Turin’s Pala Alpitour. During a performance of their 1984 hit single ‘Pride (In The Name of Love)’, Bono altered the song’s opening lyric to “one boy washed up on an empty beach” – a reference to the image of the drowned 3 year old child Aylan Kurdi which shocked the world during the week. 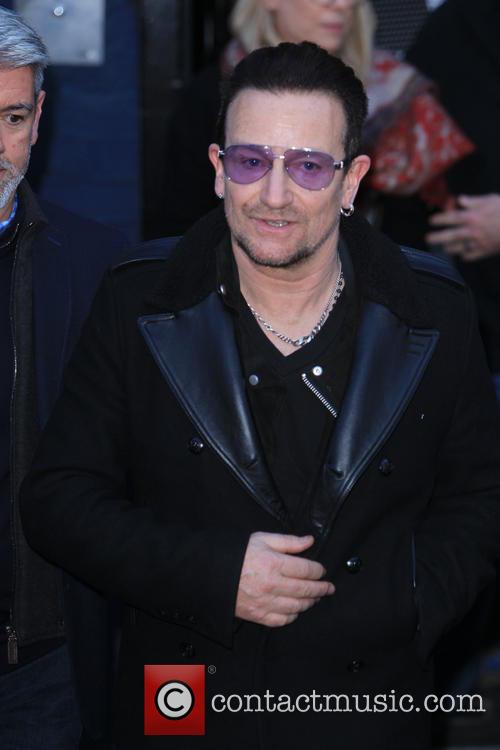 “We don’t know what the answer to the refugee crisis in Europe and Africa is,” the singer addressed the audience in between songs on the following night in second of two gigs in Turin, “but we know that if we don’t figure it out, then Europe, which is a beautiful idea, will be no more. So we have to figure it out, whatever it is.”

In a press conference, the rest of the group also spoke about the desperate situation in the Mediterranean and in Austria and Hungary. Bass player Adam Clayton said that Europeans were getting increasingly angry because their national governments seemed unable to “do the right thing”.

Their set list on both nights included more than two dozen of band’s greatest hits, and at one point the massive screen that acts as a backdrop to their stage set showed a collection of pictures of refugees massed at various sites around Europe and in Turkey.

“There is a lot of heartache in the world, but there is so much joy in here this evening,” Bono said in acknowledgment of the crowd. “Thank you, thank you, thank you. It’s incredible. Watching the news, ordinary people – all of us – seem capable of such great evil and such great love.”