Welsh Singer Bonnie Tyler Was Thrilled To Hear Her Most Famous Song Back On The Radio On Friday (20mar15) As A Solar Eclipse Plunged Europe Into Semi-darkness. 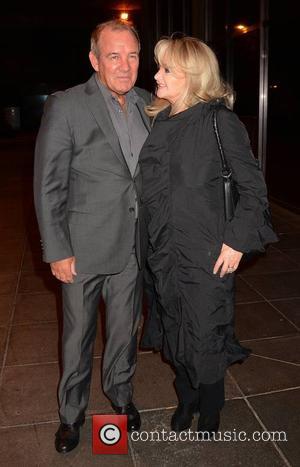 Tyler's iconic track Total Eclipse of the Heart was given a major boost on Friday as fans downloaded it to mark a morning of lunar activity as the moon crossed the sun's path and blotted out daylight in many spots across the continent.

Total Eclipse of the Heart also became a staple on radio stations throughout the day, as well as a trending topic on Twitter.com, and Tyler, who has a home in Portugal, is delighted to have provided the soundtrack to such a major astronomical event.

She tells the BBC, "I'm not into astronomy to be honest. It (the eclipse) is great to see, isn't it? It will be the last time people my age will see it... I know everybody's playing it (my song), they're even playing it here in Portugal. It's the time to play it. I suppose (songwriter) Jim Steinman's royalties will go up a hell of a lot over this day."

Bonnie Tyler is a 'rock girl at heart'