Bone Thugs-N-Harmony star Flesh-n-bone has avoided a jail term after pleading guilty to a charge of false imprisonment stemming from his arrest in January (11).
The rapper - real name Stanley Howse - was detained by cops after an argument with his wife allegedly turned nasty and he was charged with inflicting corporal injury on a spouse, making threats and false imprisonment.
He has now struck a deal with prosecutors, who have agreed to drop two of the charges in return for a guilty plea to one count of false imprisonment, according to Tmz.com.
The website reports Flesh-n-Bone has been sentenced to time already served, as well as three years probation and 100 hours of community service. He was also ordered to attend an anti-domestic violence program and make a $400 (£250) donation to a women's shelter.
The star's attorney Shepard Kopp says, "Flesh has always maintained his innocence of these charges, but it was best for his family and Bone Thugs to put this case behind him." 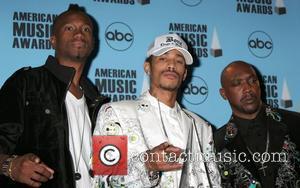