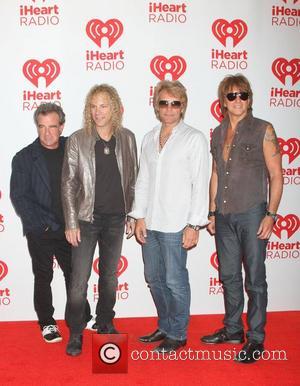 Bon Jovi guitarist Richie Sambora has given Scottish late-night Tv host Craig Ferguson's show a boost after signing on to provide the studio music for a week.

Sambora will be Ferguson's in-house band on The Late Late Show for the week beginning 3 December (12).

The comedian put the idea to the rocker during a pre-taped chat that will air on 16 November (12).

Ferguson said, "I thought it would be great if you could be the house band on the show, but not necessarily play the guitar. Just you, naked, playing a tiny little harp."

Sambora responded, "You know what? I really love you. I really love your show and everything. I'm not gonna be naked playing a harp. But I tell you what, if you want me to be in the house band - as long as you let me play a couple of my songs - I'm gonna be good with that."

It'll be the first time The Late Late Show with Craig Ferguson has featured a regular house band.