Bon Jovi are selling tickets for their forthcoming gigs from just £12.50 as they fear rock fans are being priced out of going to shows. 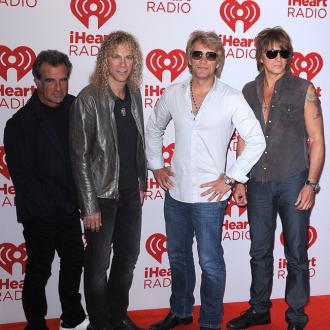 Bon Jovi are selling tickets for their shows for just £12.50.

The 'Livin' On A Prayer' rockers have decided to make seats for their upcoming concerts affordable to all their fans after The Rolling Stones caused scandal by charging between £95 and £375 for their 50th anniversary shows.

Rob Hallett, Bon Jovi's UK tour promoter from AEG Live, said the band felt rock fans were being priced out of the market and were determined to act.

He said: ''I was delighted when they came to me insisting on ticket prices for the 'Because We Can' tour next year that enabled all to attend.

''If we are to survive as an industry we need to move away from the elitist image of high prices and even higher secondary prices [for tickets resold].

''After all, rock and roll always was and always should be the music of the people, and that means everyone.''

A Bon Jovi source added to the Daily Mirror newspaper: ''We are in the middle of a ­recession and that's why the band think £12.50 is perfect.''

While the most expensive ticket for a Rolling Stones concert is £375, they are being sold on for thousands.

However, a spokesperson for promoter Virgin Live - who are putting on The Rolling Stones shows - insists the pricing is fair.

He added: ''The ticket prices are in fact spread over a range of costs and are comparable and similar to other huge shows and attractions.''

Band member Ronnie Wood has also defended the cost, saying: ''I'd pay it. We already spent, like, a million on rehearsing, and we're not even halfway through. And the stage is going to cost millions and millions.''