Bon Jovi Have Added Two More Dates To Their Tour Of Asia After They Were Banned From Performing In China For Using Images Of The Dalai Lama In A Concert. 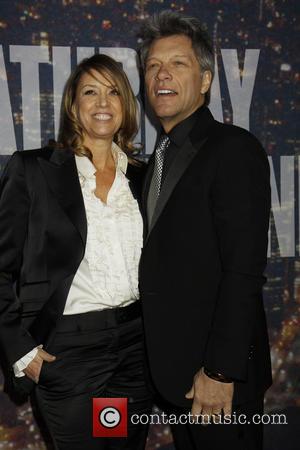 The rockers planned to perform in Shanghai and Beijing - their first ever concerts in the country - but were banned last week (beg07Sep15) after using images of the religious leader in 2010 during one of their gigs, NME.com reports.

The tour has been re-routed to include a date on 15 September (15) in Bangkok, Thailand, while a second date has been added to their stop in Taiwan, on 29 September (15).

The Chinese Government has not officially commented on Bon Jovi's ban, but a Financial Times' Beijing correspondent reported earlier in the week, "The Communist party's Culture Ministry acted after discovering that Bon Jovi once included a picture of the Dalai Lama in a backdrop video during a concert in Taiwan in 2010, according to people familiar with the matter. That followed a band member's tweet about meeting the spiritual leader."

It is thought that the Chinese Government is cracking down on Tibetan themes as 2015 is the 50th anniversary of the region's democratic reform.

Maroon 5 were also reportedly banned from performing in China earlier this year (15) after band member Jesse Carmichael sent an 80th birthday tweet to the Dalai Lama.