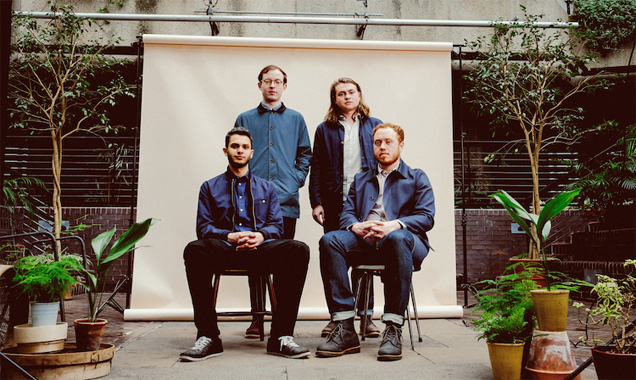 We are pleased to announce the aptly titled release of 'Home By Now', the fifth single by Bombay Bicycle Club from their critically acclaimed fourth album, which is released as they return home from a rigorous eleven month tour of the globe.

The single (including vocals from Lucy Rose) ties up what has been a tremendous year for the London four piece. Most recently nominated for a Mercury Music Award, Bombay Bicycle Club's fourth album went straight to Number 1 in February, swiftly followed by a hectic summer of festivals including a stand out performance at Reading & Leeds and a (current) four month tour across Europe, Asia, South Africa and USA culminating in their biggest UK tour to date, this December.  As they continue to exceed all expectations, Bombay Bicycle Club have just released the last few tickets for their iconic Earls Court Arena show which takes place on 13th December.

'So Long, See You Tomorrow' captures the results of singer Jack Steadman's picaresque adventures in the likes of Turkey and India throughout 2013. Joyously escapist, its electronic-inflected and Bollywood-referencing sound made good on the Eastern promise, as it went straight to Number 1 in the album charts (Feb 2014) and reached silver status in record time. The press were effusive with their praise: 'Buoyant, wistful and heart-rending' said The Telegraph, 'sensational' said Sunday Times Culture, whilst The Times chimed in "Bombay Bicycle Club remain one of the most inventive indie bands out there".

The band's broad and varied body of work means the North London four-piece are both as at home with the intimate acoustic nature of 'Eyes Off You' as they are with the euphoric highs of first single 'Carry Me' and the exhilarating rush of album opener 'Overdone'.  In songwriting terms Bombay Bicycle Club, who are still only 24 years old, posses a kind of dynamism that's been missing from young British bands for years.  They have mastered the melodic, the melancholic and at the same time, the euphoric.