I Had The Blues But I Shook Them Loose was a fantastic album. As a debut it bordered on superb. What made it great was its individuality and character. Jack Steadman's vocals in particular were an affected instrument of tortured tension capable of stirring your emotions. The funky bass lines, not entirely natural rhythms and indie slanted guitar work were somehow woven into a fresh, jaunty and stylised form to produce a very effective album.

That was 2009. Since then the boys from Crouch End have won many accolades and many more fans. Hotly anticipated album number 2 would surely deliver more of the same but with a depth and polish derived from a maturity and growing confidence in their capacities. Flaws, released in July, has been more than warmly received. Done on a minimal budget, the self produced album is however nowhere close to more of the same. It is largely acoustic, slower in tempo and is as paired back as a busker's set. 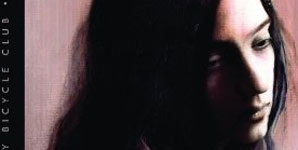 The excitement, enthusiasm and enjoyment seems to have been squeezed out of the band to leave a rather sad, dejected and tired bunch. Steve Lamacq recently remarked that he thought the acoustic numbers highlighted just what good songs they were. As if to reinforce that point the BBC have even covered one of their best songs off of their debut, namely Dust On The Ground. Like spelling out the plot to an American audience with sub-titles the band are either seeking some justification or maybe trying to say this is how we wanted it to begin with. After listening again I can't agree. The quivering vocals are less obvious, and the song(s) is worse off for it.

The first single from the new album was the double 'A' side of Ivy & Gold/Flaws, a mixture of near old with very new. Ivy & Gold is one of the more upbeat on the album, it bristles with a positive energy that is sadly lacking elsewhere. The banjo and skipping drum beat make for the toe tapping equivalent to chewing pastels. From the moment you put it on it's hard to resist. Flaws meanwhileis all knitted yarns, corderoy trousers and facial hair folk. Mellow and melancholic with a haunting over layered vocal it encapsulates much of the 11 tracks.

To further seal their acoustic credentials the BBC have also decided to touch on the work of Joanna Newsom, on Swansea, and more riskily a cover of John Martyn's Fairytale Lullaby. The latter is done with great care, is very effective and is a testament to their musicianship. Elsewhere, Rinse Me Down wants to go faster, wants to be on the first album and desperately wants its performers to let go. My God, with the intro of a long forgotten Leonard Cohen song, exposes Jack's voice beautifully, at once serving as a fabulous auditory treat whilst reminding you at the same time that it could have been used still further.

Flaws, many will lead you to believe, has few. If it had come first, before I Had The Blues, I may have agreed. As it did not, I don't. The album is good. The songs are good. The acoustic production is a little too over used of late and whilst I too like some folk, some country and quite a lot of melancholy self absorption, for me there was no need for the BBC to choose that path.