Adam and Clare Hitchins have made the decision to re-locate themselves and their baby from London to a remote village in Ireland. Their new house is a former millhouse surrounded by mysterious woodland in which Adam begins to make frequent trips as part of his career as a conservationist. Despite the fact that he isn't doing anything to harm the environment, locals are becoming very concerned over his 'trespassing'. One local by the name of Colm Donnelly takes it upon himself to warn the family to stay away from the forest, claiming that it is home to The Hallow; a formidable presence that haunts the woods with the likes of fairies and banshees, and creatures hellbent on abducting babies. The couple initially brush off the warnings as folklore, but soon become unsettled as it becomes clear just how seriously all the townsfolk, young and old, take it. And when they start to experience terrifying phenomena in their own home, they start to understand why.

Watch the trailer for Edge Of Darkness

Watch the trailer for Drag me To Hell

Continue: Drag Me To Hell Trailer 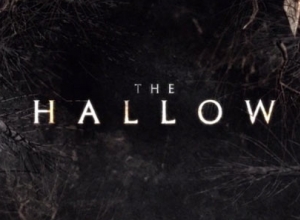 Adam and Clare Hitchins have made the decision to re-locate themselves and their baby from...

Watch the trailer for Edge Of Darkness Thomas Craven is a well respected detective who...