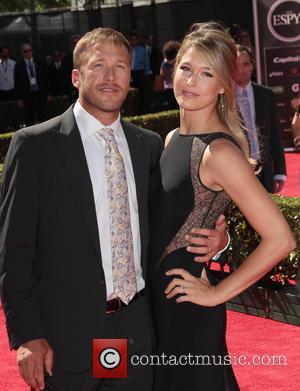 Olympic gold medal-winning skier Bode Miller has been forced to hand his infant son over to his ex-girlfriend after a judge in New York awarded her temporary custody on Monday (25Nov13).

Miller and his former partner Sara MCKenna have been locked in a legal battle for custody of their child since before he was born in February (13), with the skier demanding the mother move to San Diego, California so he can be close to his son.

The nine-month-old boy had been living with Miller and his wife, Morgan Beck, since a judge awarded him temporary custody earlier this year (13), but he had to hand the youngster back to MCKenna on Monday after a judge in New York gave her temporary custody of the boy until the next court hearing on 9 December (13).

Both parties are seeking a co-parenting arrangement.

The little boy is called Sam by his mother, but his father has named him Nate.