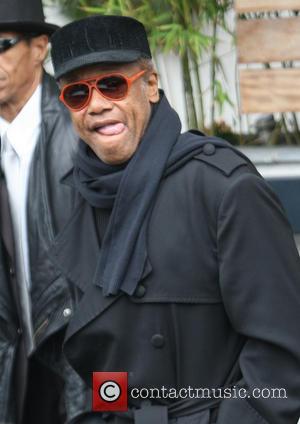 Soul legend Bobby Womack is set to celebrate the anniversary of his successful cancer battle by headlining one of the Glastonbury festival stages with pal Damon Albarn.

The Across 110th Street singer announced he had been diagnosed with colon cancer at the beginning of 2012, but he fought the disease and was declared cancer free last summer (12).

And to mark a year of being cancer free, he has been announced among the headliners for Glastonbury's West Holts stage at the festival in June (13).

Womack will be joined by The Bravest Band, which features Damon Albarn.

Other headliners on the same stage include Chic and Public Enemy, while the Arctic Monkeys, The Rolling Stones and Mumford & Sons will headline the festival's main stage.

It won't be his first time at the festival - Womack was part of the Gorillaz collective that headlined the festival in 2010.