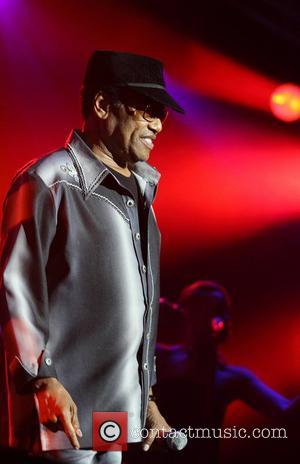 Soul legend Bobby Womack has been diagnosed with colon cancer after he was admitted to hospital suffering from pneumonia, according to his pal William 'BOOTSY' COLLINS.
The singer/songwriter's health battle was revealed by Collins in a series of posts on his Facebook.com page on Sunday (25Mar12).
His first message read, "Funkateers, Send Prayers & Love Vibes Up for Bobby Womack. He is Fighting Pneumonia in the Hospital Now. Will Update After I talk to Him. Thx (thanks) u all."
Collins later returned to the site after speaking to the 68 year old, and told fans his friend is now facing a battle with colon cancer.
He added, "I JUST SPOKE TO OUR FRIEND Bobby Womack. He Wanted You All to Know That He Loves You & Thxs (thanks) for the Prayers.
"Docs Says (sic) He Is In 1st Stage of Colon Cancer, He is Very Up Beat About His Future, we laughed & joked before we hung up. Thxs (thanks) Funkateers, we will get him Back on the One!"
Womack cancelled a live appearance in Houston, Texas earlier this month (Mar12) after he experienced severe shortness of breath. He has previously battled prostate cancer.