Bobby Womack is reportedly battling colon cancer, diagnosed after he was hospitalised with pneumonia this weekend. 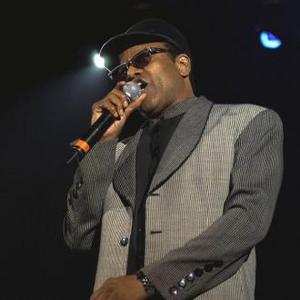 The singer was hospitalised at the weekend, suffering with pneumonia, and later diagnosed with the condition, according to his friend, funk bassist Bootsy Collins.

Bootsy originally tweeted yesterday (25.03.12): ''Funkateers, Send Prayers & Love Vibes Up for Bobby Womack. He is Fighting Pneumonia in the Hospital Now. Will Update After I talk to Him. Thx u all (sic).''

He later added: ''We Pray for Bobby Womack Right Now, TO BE HEALED FROM PNEUMONIA AND ANY OTHER AILMENT HE IS FIGHTING AT THIS TIME. THIS SONG GOES OUT TO MY FRIEND BOBBY WE DID ON MY LATEST ALBUM (sic).''

Bootsy later added to his post on facebook, revealing Bobby had been diagnosed with cancer, but saying he remains upbeat.

He wrote: ''I JUST SPOKE TO OUR FRIEND BOBBY WOMACK. He Wanted You All to Know That He Loves You & Thxs for the Prayers (sic).

''Docs Says He Is In 1st Stage of Colon Cancer, He is Very Up Beat About His Future, we laughed & joked before we hung up. Thxs Funkateers, we will get him Back on the One (sic)!''

Singer and songwriter Bobby started his career in the 60s with family band The Valentinos and playing guitar for Sam Cooke. He originally wrote The Rolling Stones first UK number one hit 'It's All Over Now' and signed his first solo record deal in 1968.

Bobby released hit singles including 'Harry Hippie,' 'Across 110th Street' and 'Lookin' For Love' before his career stalled at the end of the 70s.

He released albums through the 80s and 90s, but made a mainstream comeback in 2010, appearing on the Gorillaz track 'Stylo'. He also has his first album in over ten years, 'The Bravest Man in the Universe', planned for release in June.