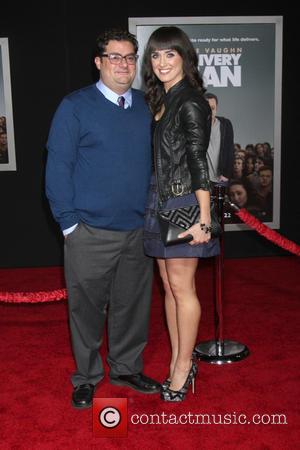 Comic Bobby Moynihan missed the New York City premiere of his new film Delivery Man on Sunday (17Nov13) after injuring himself during a skit on Saturday Night Live.

The funnyman thrilled the audience of the hit U.S. sketch show over the weekend (16Nov13) with his impression of troubled Toronto mayor Rob Ford, who is facing calls to quit office in the Canadian city after admitting to smoking crack cocaine.

However, Moynihan's energetic performance left him nursing an injured ankle, forcing him to bow out of walking the red carpet at the special screening of his new comedy movie.

A source tells the New York Post, "He twisted his ankle and ended up missing his own movie premiere Sunday night."