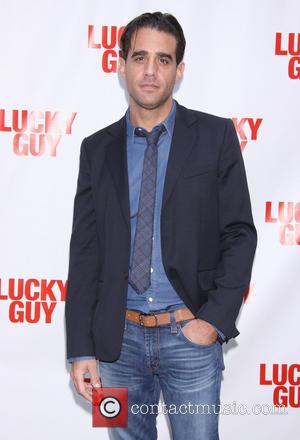 Actor Bobby Cannavale is struggling to find love again following his divorce from Jenny Lumet because he always puts their son ahead of any new relationship.

Since the split in 1995, Cannavale has only dated a handful of women, such as actresses Alison Pill and Sutton Foster, and the devoted dad, who was raised by a single mum, admits things never work out because of his parenting commitments.

During an interview at his Big Apple home with The New York Times Magazine, he says, "The biggest part of my life is my son. Between the career and my partial custody and the fact that I didn't have my dad growing up, I knew I had to work extra hard to always be there for him. I've never had discipline for anything like I do for raising Jake. I needed to make sure this home was our home.

"If you got into a relationship with me, I made that clear, and that can be frustrating. I've had people want to move into this apartment, and it just wasn't going to happen. I need my son to be able to come out of that bathroom in his underwear anytime he wants and not worry about who's here."

But because his son has always been a priority, the two have a great bond and Jake jokes, "Me and my mum call him my wife. When I'm at my mum's, he calls me two or three times a day. Sometimes he'll say, 'We need to have a talk, we've been distant, lately.' And I'm like, 'Dad, it's finals week.'"