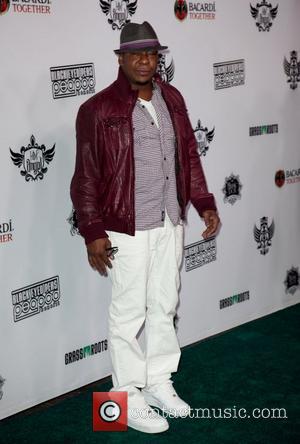 Bobby Brown has tipped his teenage daughter Bobbi Kristina for big things in showbusiness, insisting she "sings a little better" than her superstar mother Whitney Houston.
Bobbi Kristina, 18, has already expressed an interest in following in her famous parents' footsteps and breaking into the music industry, and Brown is convinced she has the whole package.
In an appearance on U.S. TV show The View on Monday (07Mar11), Brown said, "She sings like a bird. She sings a little better than Whitney and she has my legs so (she can dance)..."
And the My Prerogative singer wants to team up with his daughter on record: "I'm gonna do duets with all of my kids; they all sing and dance, so I'm just waiting for the right time to strike, you know, the Brown clan."
Bobbi Kristina found herself at the centre of a drug scandal last week when the National Enquirer obtained damning shots of a youngster alleged to be the celebrity offspring indulging in cocaine at two different parties. She has since denied the claims she's a drug user via Twitter.