Bobby Brown has had a difficult year but that didn't stop him celebrating the exciting news in his life - the impending arrival of his second child with his wife Alicia Etheredge-Brown.

Bobby Brown and his wife, Alicia Etheredge-Brown, celebrated the impending arrival of their new baby with a baby shower over the weekend. 46-year-old Bobby shared pictures of his family, particularly of his wife's well decorated bump, on Instagram. 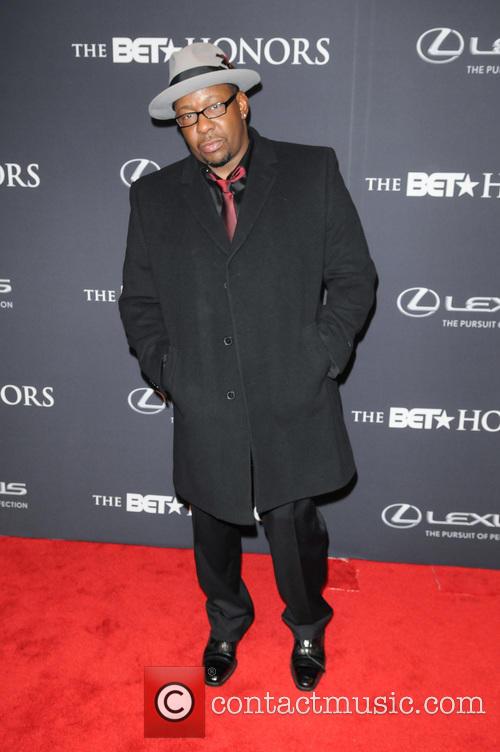 Bobby Brown posted pictures of his family and pregnant wife on Instagram over the weekend.

Bobby shared two pictures, both of which feature his wife and her baby bump. In one, Alicia is seen curled up in an armchair, cradling her baby bump, and with some kind of gift wrap strewn over her head in a wig like fashion. In another, Bobby and Alicia pose in the garden with their son, Cassius. Alicia's baby bump has been impressively decorated with henna in a temporary tattoo in the shape of a tree.

Bobby and Alicia are expecting their second child together. Their son, Cassius, was born in 2009. The couple have been together since 2007 and tied the knot in 2012. Brown has four children from previous relationships, including a daughter with Whitney Houston, Bobbi Kristina Brown.

My Lady and Baby

This year has not been an easy one for Bobby, or anyone in the Brown-Houston family, as Bobbi Kristina is currently receiving round the clock care in hospital. Bobbi Kristina was discovered unconscious in a bathtub in her Atlanta home at the end of January. Although she was immediately rushed to hospital and received extensive treatment, reports suggest Bobbi Kristina continues, although out of her coma, to be unresponsive.

Despite the tensions between the Brown-Houston family and Bobbi Kristina's boyfriend, Nick Gordon, things seem to be settling down for the family. Although the family reportedly visit her bedside every day, procedures have been put in place to ensure her long term protection both medically and financially. Bobby and Bobbi Kristina's aunt, Pat Houston, were named the co-guardians of her estate by a judge earlier this month.