Alicia Etheredge, the wife of Bobby Brown, was rushed to hospital on Saturday (1st August) after suffering seizures.

Bobby Brown’s wife, Alicia Etheredge, was rushed to hospital after suffering from seizures. Etheredge was taken to hospital shortly after attending the funeral of Brown’s daughter, Bobbi Kristina Brown, on Saturday (1st August). 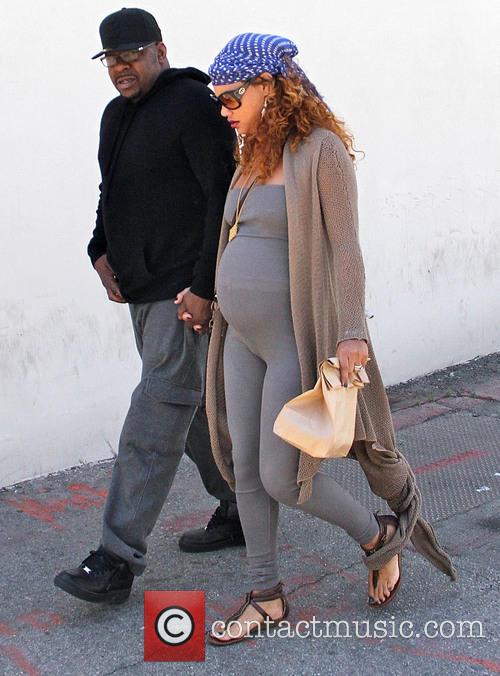 Bobby Brown and Alicia Etheredge in Los Angeles in April 2015.

Read More: Bobbi Kristina Brown To Be Buried Next To Her Mother.

Reports suggest Etheredge began suffering seizures in the family’s hotel room in Atlanta after attending the funeral. As TMZ notes, Etheredge was reportedly not incapacitated by the seizures as she walked into hospital with little assistance. Her husband accompanied her.

Etheredge became a mother for the second time earlier this month. The couple welcomed a daughter, Bodhi Jameson Rein Brown, on 9th July. Brown and Etheredge have been married since 2012. In addition to their new born daughter, they have a son together, 6-year-old Cassius Brown.

Etheredge’s hospitalisation was not the only dramatic incident to occur in the Brown family on Saturday. According to reports in Us Weekly, Bobbi’s aunt, Leolah Brown, was escorted out of Bobbi Kristina’s funeral after interrupting the ceremony.

She reportedly screamed at Bobbi’s aunt, on her mother’s side of the family, Pat Houston saying: "Whitney [Houston, Bobbi’s mother] is rolling over in her grave! You are so wrong for this, Pat!"

Leolah was later allowed to return to the church for the rest of the funeral.

Bobbi Kristina passed away earlier this week, on 26th July. She was hospitalised for over seven months, after being found unconscious and unresponsive in a bathtub at her Atlanta home in January. Her mother, singer Whitney Houston, was found dead in similar circumstances three years ago.