Whitney Houston's ex-husband Bobby Brown has been sentenced to 55 days behind bars and four years probation following an arrest for driving under the influence (DUI) in October 2012. 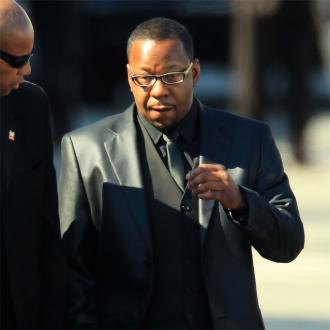 Bobby Brown has been sentenced to 55 days in prison and four years probation for driving under the influence (DUI).

The 44-year-old singer and ex-husband of the late Whitney Houston - with whom he has daughter Bobbi Kristina - has been served a verdict following his arrest in October 2012, to which he pleaded not guilty to charges of being under the influence and driving with a suspended licence, TMZ reports.

Bobby - who also has children LaPrincia, Landon, Robert (Bobby) Brown Jr. and Cassius from other relationships - was on probation at the time following another drink-driving incident last March and is now required to undertake an 18-month alcohol treatment programme.

After missing his court date on Tuesday (26.02.13) in Los Angeles, where his attorney stated his plea, the R&B star is to attend three Alcohol Anonymous (AA) meetings per week until his next hearing on March 20.

Bobby and Whitney divorced in 2007 after 15 years of marriage, which Whitney previously described as ''stormy'' and drug-filled.

The iconic singer passed away in February 2012 at the age of 28 following accidental drowning in her guest room at the Beverly Hilton Hotel, California.

On the night of Whitney's death, six days after his 43rd birthday, Bobby broke down in tears while performing with his band New Edition and shouted: ''I love you, Whitney.''