Bobby Brown's wife was reportedly rushed to hospital after suffering a seizure on Saturday night (01.08.15) following the funeral of Bobbi Kristina. 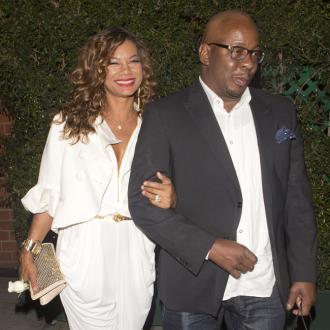 Bobby Brown's wife was rushed to hospital after suffering a seizure.

A source told TMZ when Alicia arrived at a hospital in Atlanta, Bobby was by her side the whole time and she was able to walk through with little help.

Alicia's collapse happened just hours after Bobby Brown broke down when he left the reception held after his daughter's funeral.

Bobby was spotted in floods of tears leaving in a white SUV traveling from the funeral site to St Marlo Country Club in Duluth, Georgia on the same evening.

After Bobbi Kristina - who is the daughter of Whitney Houston - was laid to rest the Brown and Houston family held their own separate gatherings, after a feud between Bobbi Kristina's aunt Leolah Brown and Pat Houston.

The late star's aunty was ejected from the service on Saturday (01.08.15) after allegedly yelling at Pat Houston as she went up to speak to the congregation, who had gathered to pay tribute to the 22-year-old aspiring actress, who tragically passed away earlier this week after six months in a coma.

Leolah told reporters outside the church: ''It's not over. We've got evidence of who Pat really is, this is going to be a long drawn out process. Things are connected. Pat is a fraud and a phoney. She is not a Houston, she's a Garland.

''She will be remembered in our hearts forever. It's so sad that this has happened to her. I'm angry at Nick, I am angry at what happened. It was all fine until Pat started speaking.''