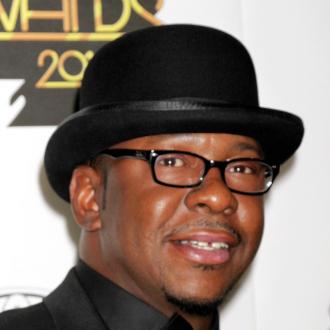 The 'Every Little Step' singer became a father for the sixth time last week when wife Alicia Etheredge - the mother of his five-year-old son Cassius - gave birth to their baby girl and the tot's full moniker has now been revealed.

Website TMZ obtained a copy of the youngster's birth certificate, which showed little Bodhi - whose name translated into English, means 'enlightenment' or awakened' - was born at Los Angeles' Cedars-Sinai hospital on July 9, 2015 at 8:24 p.m.

Bodhi's birth was a bit of good news for the 46-year-old musician, whose eldest daughter Bobbi Kristina - whose mother was late singer Whitney Houston - was moved to hospice care last month.

The 22-year-old singer has been in hospital since she was found unresponsive in her bath on January 31, with Bobby by her bedside almost constantly.

The New Edition singer has previously admitted he is struggling to cope with his daughter's condition and has turned to his faith for guidance.

He said recently: ''You know, rough times are rough times. Hard times are hard times. I don't know what the hell I'm going through right now, but I'm giving it to God and letting him deal with it.''