Bobby Brown: 'My Daughter Is Not Changing Her Name' 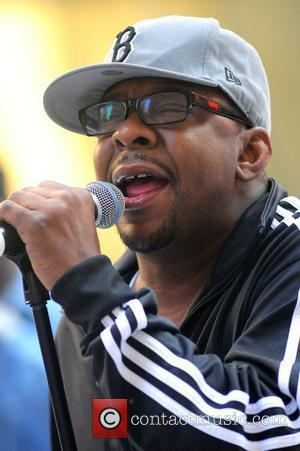 Bobby Brown has dismissed rumours his daughter is planning to adopt her mother Whitney Houston's last name in a bid to distance herself from her father.
Bobbi Kristina Brown, 19, is currently throwing herself into acting and singing to take her mind off the tragic death of her superstar mum earlier this year (12), and she was rumoured to be planning a name change to launch her career in the spotlight.
However, the New Edition star is adamant the teenager will not be ditching her roots.
He tells MTV.com, "She can't change her last name, her name is her name. She'll forever be known as Bobbi Kristina Brown. There's no changing that, there's no taking that back."
Brown also admits his daughter suffered some personal problems over the last few years, but insists she won't follow in the footsteps of her parents, who both battled drug abuse in the past, as she has grown out of her troubled phase.
He adds, "Any parent that has a teenager in their life, they go through things. They go through phases that they might not be doing exactly what you want them to do in life, but they grow out of it, and my baby girl has grown out of it.
"I trust and believe that she's smart enough to not go down the same road that maybe I did in the past or her mother did in the past. She's extremely smart... She'll forever be my baby girl. She's doing what she's doing, and I'm extremely proud of her. She's acting and she's working on music and she's doing what she has to do to recover from her loss - our loss."
Houston drowned in the bath at her hotel suite in Los Angeles in February (12).