R&b Star Bobby Brown Has Been Left "Completely Numb" By The Death Of His Daughter Bobbi Kristina Brown, Insisting The Family's Loss Is "Unimaginable". 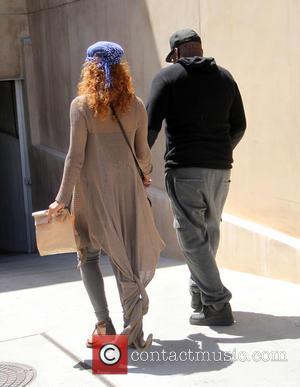 The 22 year old, Brown's only child with late ex-wife Whitney Houston, passed away at Peachtree Christian Hospice in Duluth, Georgia on Sunday (26Jul15), nearly six months after she was found face down and unresponsive in a bath tub at the Roswell, Georgia home she shared with her partner, Nick Gordon.

The Houston family released a statement following her death, saying, "She is finally at peace in the arms of God. We want to again thank everyone for their tremendous amount of love and support during these last few months."

Now her father has also shared his heartbreak in a message released through his attorney, Christopher Brown.

The statement, issued to UsMagazine.com, reads: "Yesterday Bobbi Kristina Brown took her place in heaven. Krissy fought to get well for months, however she has succumbed to her injuries."

Singer Bobby adds, "Krissy was and is an angel. I am completely numb at this time. My family must find a way to live with her in spirit and honor her memory. Our loss is unimaginable."

The news of Bobbi Kristina's death comes two weeks after Bobby and his wife Alicia Etheridge welcomed their second child, a daughter, on 12 July (15), and a little over three years after Houston died in a bath tub at the Beverly Hilton hotel on 12 February, 2012.

The Fulton County Medical Examiner in Georgia is investigating the aspiring actress' passing as a "known or suspected non-natural death" and an autopsy has been scheduled to determine the circumstances which led to her demise.