Bobby Brown Left His Daughter Bobbi Kristina's Bedside For The First Time Over The Weekend (10-12apr15) To Perform In Los Angeles. 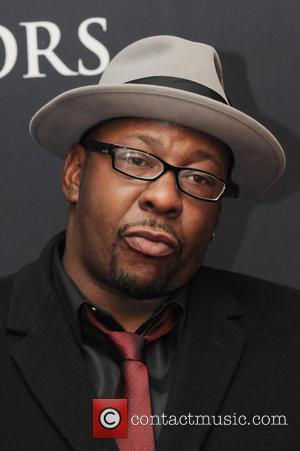 The R&B star cancelled shows in Australia earlier this year (15) so he could stay with his only child from his marriage to Whitney Houston as the 21 year old fights for life in a Georgia hospital following a near-drowning incident at her home in Georgia on 31 January (15).

But on Friday night (10Apr15), Brown was spotted at Paoli's Pizzeria and Piano Bar in Woodland Hills, California, where he introduced friends to the microphone, prior to a scheduled performance at the Soul Food Festival in Los Angeles on Saturday (11Apr15).

Brown performed hits like My Prerogative, while his pregnant wife, Alicia Etheredge-Brown, took charge of the Bobby Brown Foods booth at the festival, selling chicken, sausage and spices under the singer's eponymous new label.

Asked for an update on the family amid Bobbi Kristina's medical crisis, she told People, "They're doing as well as you'd expect."

After the show, Brown jumped in a waiting car and headed back to the airport, where he caught a plane to Atlanta, Georgia.

Meanwhile, Brown has rescheduled his Australian dates with Naughty By Nature stars Treach and Kay-Gee.