Bobby Brown insists he wasn't thrown out of Whitney Houston's funeral but left because he was annoyed with the treatment he received from security guards. 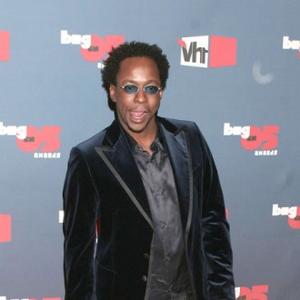 The 'Two Can Play That Game' singer was reported to have been ejected from the service for his late ex-wife - who was found dead in her Beverly Hills hotel room last weekend - following a row over his entourage, but he insists he made the decision to leave following frustrations over the seating arrangements.

Bobby's 18-year-old daughter with Whitney, Bobbi Kristina, was seated at The Front of the New Hope Baptist Church in Newark, New Jersey with her grandmother Cissy Houston and he was unhappy he was unable to be with her.

The 43-year-old singer - who has four other kids from different relationships - said in a statement: "My children and I were invited to the funeral of my ex-wife Whitney Houston.

"We were seated by security and then subsequently asked to move on three separate occasions. I fail to understand why security treated my family this way and continued to ask us to move.

"Security then prevented me from attempting to see my daughter Bobbi Kristina. In light of the events, I gave a kiss to the casket of my ex-wife and departed as I refused to create a scene. My children are completely distraught over the events.

"This was a day to honour Whitney. I doubt Whitney would have wanted this to occur. I will continue to pay my respects to my ex-wife the best way I know how."

Mourners at the funeral said the clearly-distraught star - who married Whitney in 1992 and divorced in 2007 - spent 15 minutes by her casket before leaving the service.

One onlooker told Usmagazine.com: "He was allowed to go in, pay his respects and then he had to leave. He was red-eyed going up to the casket and then left. He was there for 15 minutes."

Meanwhile, Whitney's body - which was carried out of the church after the service to her most famous hit, 'I Will Always Love You' - has been placed under "total lockdown" until her burial today (19.02.12).

TMZ.com reports that 10 security guards are keeping watch over the coffin, but immediate family members will be allowed to see her for the last time before she is finally laid to rest.