Bobbi Kristina Brown's father Bobby has revealed he is ''completely numb'' following the death of his daughter, six months after she was found unresponsive in a bathtub. 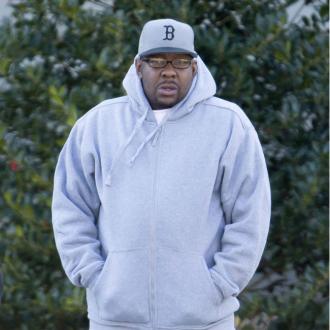 Bobby Brown is ''completely numb'' following the death of his daughter.

Bobbi Kristina Brown, 22, died on Sunday evening (26.07.15), six months after she was found unresponsive in a bathtub in her home and Bobby has spoken out about his grief.

He told 'Entertainment Tonight' in a statement: ''Krissy was and is an angel. I am completely numb at this time.

My family must find a way to live with her in spirit and honour her memory. Our loss is unimaginable.

''We thank everyone for the prayers for Krissy and our family as we mourn my baby girl.''

It has been claimed that Bobbi Kristina will be buried alongside her mother, the late Whitney Houston, who passed away in 2012.

The young woman will be remembered with a funeral service in Atlanta, Georgia, this week, before her body is flown to New Jersey to be laid to rest alongside the 'I Will Always Love You' singer, 'Entertainment Tonight' reported.

Whitney is buried next to her father, John Russell Houston, at Fairview Cemetery in Westfield, New Jersey.

Meanwhile, it has been claimed that Bobbi's boyfriend Nick Gordon found out about her death ''just like everyone else did, from the Internet''.

A source told Us Weekly that Nick, 25 -who is currently subject to a lawsuit from Bobbi Kristina's conservators, who accused him of domestic abuse and stealing money - is not welcome at the funeral.