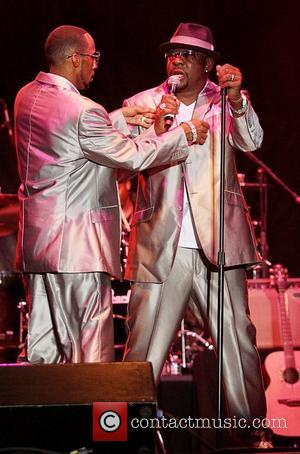 Singer Bobby Brown was arrested early this morning, Wednesday, October 24th, on the suspicion of a DUI - his second such arrest this year, The Los Angeles Times reports.

Los Angeles Police Department Officer Venus Hall said officers pulled Brown over near the intersection of Ventura Boulevard and Corbin Avenue about 1 a.m. and "when they approached him, they smelled the alcohol." It is still unknown if Brown took a Breathalyzer test but Hall said he was booked and released. If the story turns out to be valid, then Brown really should have known better; he was arrested on suspicion of driving while intoxicated in March near the intersection of Victory Boulevard and Wilbur Avenue. The police pulled him over for talking on his cellphone but then administered a field sobriety test and arrested him. This earned him three years' informal probation and a day in jail, as well as participation in a 90-day alcohol education program and a $390 fine.

Bobby is, of course, the ex-husband of Whitney Houston, who died in February after an accidental drowning complicated by the effects of heart disease and cocaine, which was found in her system. The couple's relationship was notoriously turbulent, and the two waged public battles with substance abuse before divorcing after 15 years of marriage in 2007.