Bobbi Kristina's aunt spoke for the first time since her niece's death in August.

It’s been three months since the sad tale of Bobbi Kristina finally came to end, her mother Whitney’s sister-in-law and former manager Pat Houston has spoken for the first time about the 22 year old’s death, revealing that the family was planning on staging an intervention to help her deal with her problems.

Bobbi Kristina’s aunt spoke in an exclusive interview with Entertainment Tonight, and said that drastic action was being planned but sadly came too late, as the late star was found unresponsive in the bathtub at her home in Georgia at the end of January. 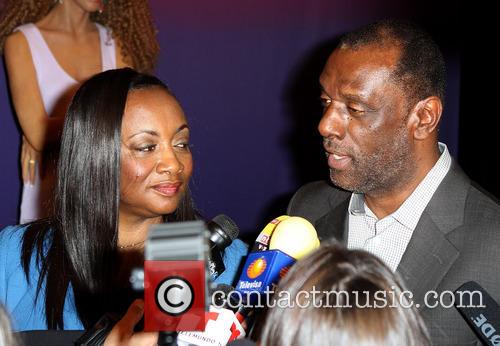 “When we really found out that Krissy was in trouble, we were really making plans to do something about it,” she said, before adding, “but it just came too late.”

Pat Houston also spoke about the restraining order she had filed against Bobbi Kristina’s boyfriend Nick Gordon, who has remained a controversial figure in the story despite being barred from seeing her as she lay in a coma in hospital. Allegedly, he posted photos with guns on social media account and made threats toward the family.

Houston says that she regrets filing the order looking back, as it affected her relationship with her niece and pulled them apart at a time she needed help the most. According to another recent interview with her former housemate Danyela Bradley, she was using crack cocaine, weed and heroin.

“We had a little hiccup with the restraining order. She didn’t understand it,” she reflected. “Where the world saw that she was angry and mad at me, and she was texting me all along. I really tried to show her [that] I'm going to do this to let you know that you don't have to be afraid of anything. I got you.'”

If Bobbi Kristina was still alive today, she revealed the advice she would have given her to stop her continuing down her path. “You don’t have to be afraid to speak out. You have to have self-worth, you have to love yourself. You have to call on people, and not allow someone to divide you and then conquer you.”