Nick Gordon has wished his girlfriend Bobbi Kristina Brown a Happy 22nd Birthday earlier today (04.03.15) despite her having been in a coma for over a month. 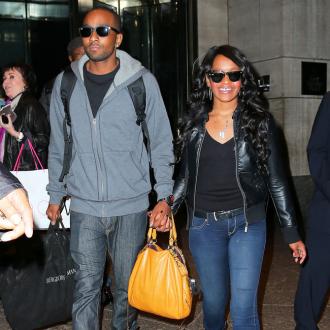 The aspiring singer and daughter of Bobby Brown and the late Whitney Houston has been in a coma since she was found unresponsive in a bathtub at her home in Atlanta in January, but her boyfriend admitted he wished he could be with her on her birthday.

The 25-year-old star also revealed he'd been watching the 'The Hobbit' film franchise in order to feel closer to his girlfriend, who doctors tried to bring out of a coma last week before she began having seizures and had to be put back under.

Posting a picture of his TV yesterday (03.03.15), he said: ''I have the best publicist in the world @Joseycrews @REALbkBrown I am watching the hobbit 2-3 our fav movie baby.

However, just hours before he appeared to claim he was having suicidal thoughts, writing: ''I'm so hurt I wanna do myself in, I know I have to strong (sic).''

Nick - who was unofficially adopted by Bobbi's mother Whitney when he was 12-years-old - has reportedly been banned from visiting his girlfriend by her father Bobby.

He recently claimed his girlfriend's father is only interested in the money that was left to her by her mother Whitney.

He said on Twitter previously: ''Crazy how all the Browns came to the hospital when this went down. I've been with her 24/7 watching over her and mom. Bobby left when it got heavy.

''Bobby seen his daughter 4 time in the last 5 yrs

Nick and Bobbi claimed they had got married last year but Bobbi's father's lawyer revealed after she was put into a coma that they never legally tied the knot.