TMZ reports that a murder investigation has now been opened up following Bobbi Kristina Brown's death. 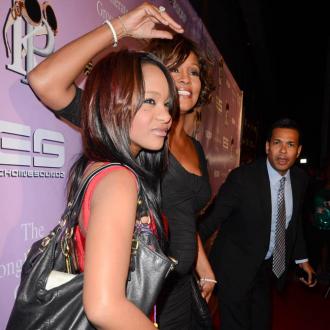 Bobbi Kristina Brown's death is now the subject of a ''homicide investigation''.

TMZ claims there is an ongoing murder investigation with her boyfriend Nick Gordon a ''person of interest'' in the death of the 22-year-old aspiring singer.

Nick is currently subject to a lawsuit from Bobbi Kristina's conservators, who accused him of domestic abuse and stealing money.

Bobbi Kristina was found unresponsive in her bath in January and passed away on Sunday (26.07. 15) at Peachtree Christian Hospice in Duluth, Georgia with her loved ones by her side.

The Fulton County Medical Examiner's Office previously warned that the time between Bobbi Kristina being found unresponsive and her death will ''complicate'' their efforts to reconstruct the events leading to her demise.

The office said in a statement: ''Interpretation of autopsy findings and other information will also be challenging.

''However, an autopsy could be helpful to address questions which may arise about the cause of her unresponsiveness and eventual death.

''The Roswell Police Department continues its investigation into the circumstances preceding and surrounding the time of the original incident leading to her death.''

Though it is unclear how long the autopsy will take, the medical examiner admitted lab testing may take several weeks.

A family statement announcing the death read: ''Bobbi Kristina Brown passed away July, 26 2015, surrounded by her family. She is finally at peace in the arms of God. We want to again thank everyone for their tremendous amount of love and support during these last few months.''