Family Of Bobbi Kristina Brown Holds Candlelight Vigil, As Reports Claim They Are Preparing To Turn Off Life Support

The daughter of Bobby Brown and the late Whitney Houston has been in a medically induced coma since January 31st.

Family, friends and members of the public gathered in Atlanta last night, (February 9th), at a candlelight vigil to pray for Bobbi Kristina Brown, the daughter of late singer Whitney Houston. Brown has been in a medically induced coma for 11 days now and is fighting for her life after being found unresponsive in her bathtub. 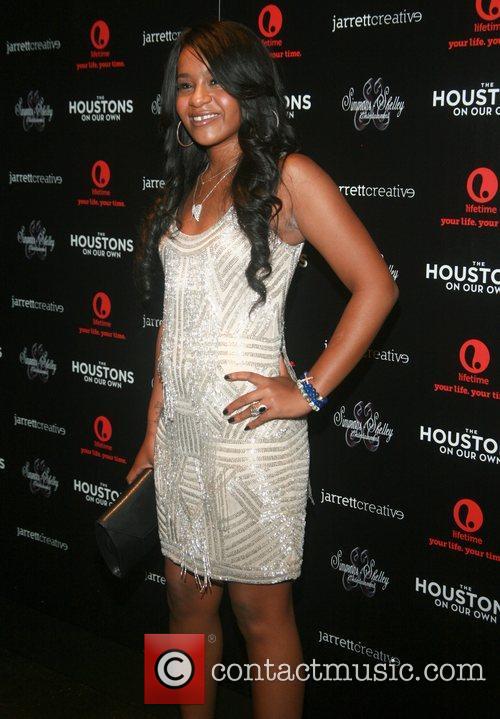 Hundreds of people gathered at the Amphitheater in Atlanta lighting a candle for the 21 year old and praying for a miracle in her recovery. According to People magazine, Tommy Brown spoke on behalf of Brown family and told the gatherers, ”I know she thanks all of y'all. Continue to pray for us. Remember when you wake up we should all pray for each other."

But according to the New York Post's Page Six, Brown’s family have now made the agonising decision to take Bobbi Kristina off life support tomorrow (February 11th) on the third anniversary of her mother Whitney’s death. The paper reports that the Brown’s have given their blessing for the plug to be pulled at the stoke of midnight on the 11th.

While the Browns and the Houston’s are said to have been at odds since Bobbi Kristina's hospitalisation, a source told Page Six, “This is the only thing they can agree on — that she’s gone [brain-dead], and there’s nothing more than can be done for her.”

The decision to wait until Wednesday is said to be a symbolic move, as a way to keep the mother and daughter together for eternity, according to a Brown family source.

Bobbi Kristina's mother Whitney Houston died in 2012 at the Beverly Hilton Hotel after being found in her bathtub. The singer's death was later ruled as drowning and the "effects of atherosclerotic heart disease and cocaine use."

Reports in the US also claim that police are now investigating Brown’s partner Nick Gordon, whom the 21 year old often referred to as her 'husband'.

CNN reports that Brown was said to have facial injuries when she was admitted to hospital and that police would now like to question Gordon to see if he knew anything about the marks found on Bobbi Kristina's face.