Bobbi Kristina spent six months in a coma before passing away in July, and her father gave his first interview since her death to 'The Real'.

Bobby Brown, the father of the late Bobbi Kristina, has given his first interview since the death of his daughter in July, saying that his belief that her mother Whitney Houston “called my daughter with her” to heaven brings him comfort.

Brown appeared on the syndicated daytime talk show ‘The Real’ in an episode scheduled to be broadcast on Monday September 14th. He said that he and his family did everything they possibly could for Bobbi Kristina until her death on July 26th. She spent nearly six months from when she was found unconscious in her bathtub at home in Georgia on January 31st in a coma in hospital. 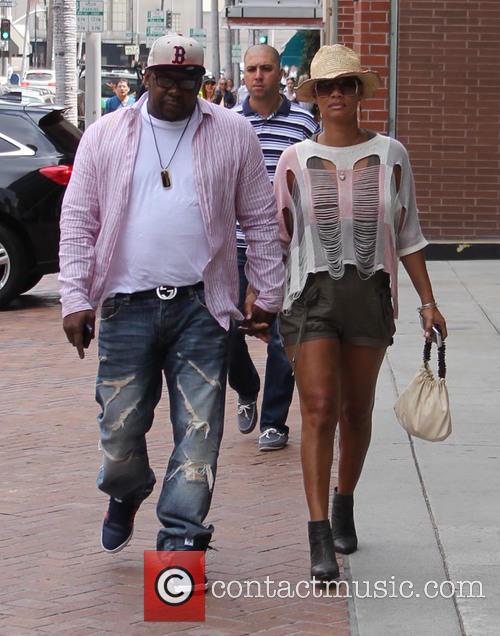 Accompanied by his wife Alicia Etheredge Brown, the 46 year old said: “We prayed in hope for six months, you know, for something better to happen, but when God calls you He calls you. I'm pretty sure her mother had a part with like [gesturing] ‘c'mon lets get her up here’ - in the best way possible.”

Referring to his ex-wife Houston, who died in 2012 in what many pundits have kept describing as ‘eerily similar’ circumstances, Brown said: “She was not comfortable by herself, I guess, and she just called my daughter with her.”

Precisely what happened to Bobbi Kristina is still being investigated by police in Fulton County, Georgia, and a final autopsy report has yet to be delivered. Following her funeral, Brown’s estate has filed a wrongful death lawsuit against her boyfriend Nick Gordon, alleging “a toxic cocktail rendering her unconscious and then put[ting] her face down in a tub of cold water.”

Filed on August 7th, the lawsuit (which does not constitute a criminal charge) further alleges that Gordon transferred money from Brown’s account to his own as part of a wider plan to control her and benefit from her wealth. It seeks damages of $10 million for alleged assault, battery and intentional infliction of emotional distress. Gordon’s lawyers firmly deny all of the claims.