Bobbi Kristina Brown is growing ''closer'' to Nick Gordon - who her mother Whitney Houston housed for the last 10 years. 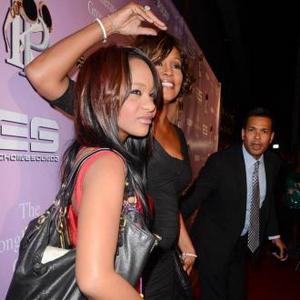 The 19-year-old only child of the late Whitney Houston and her ex-husband Bobby Brown was seen kissing and holding hands with 22-year-old Nick - who lived with Whitney since he was 12 years old and was raised as her son, although was never officially adopted - at a supermarket on Friday (09.03.12), and he has now confirmed they are ''closer'' than ever.

Writing on twitter, he said: ''Good morning everyone. Their lots of fake people pretending to be MY Krissi. The real one is @REALbkBrown. Fakes need to get un followed (sic)''

Later, after a number of tweets from fans, he confirmed their relationship status, adding: ''Yeah we got a little closer and what!!!(sic)''

Nick even posted a picture of the two sitting next to each other the same day they were spotted kissing in Johns Creek, Georgia.

Bobbi has not been on twitter since late December 2011, but recently confirmed in an interview with Oprah Winfrey she still speaks to her mother - who was found lifeless in a bath at the Beverly Hilton Hotel last month.

She said: ''I feel her [spirit] pass through me all the time. Lights turn on and off and I'm like, 'Mom, what are you doing?' I can still laugh with her and still talk to her.

''I can hear her voice telling me to keep moving, baby, I gotcha. She's always with me. I can always feel her with me. She used to always say, 'Do you need me?' And I said, 'I always need you'.''