Bobbi Kristina Brown to be buried with Whitney Houston

Bobbi Kristina Brown will be buried next to her mother, Whitney Houston, in a cemetery in New Jersey following a funeral in Atlanta. 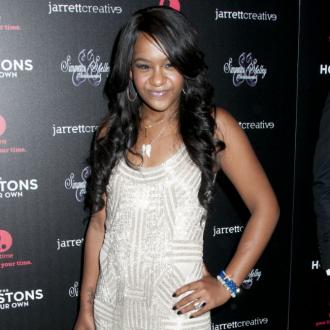 Bobbi Kristina Brown will be buried next to her mother, Whitney Houston.

The 22-year-old star passed away on Sunday evening (27.07.15) following almost six months in a medically induced coma and is now set to be taken to Fairview Cemetery in Westfield, New Jersey, to be put to rest following a funeral in Atlanta later this week, according to US website Entertainment Tonight.

As well as Whitney, who died in 2012, Bobbi's grandfather John Russell Houston is buried in the plot, having died in 2003 following battles with heart disease and diabetes.

Meanwhile, tributes have poured in for the star after her death was confirmed by a family representative who said she was ''Finally at peace in the arms of God''.

Bobbi's godmother Dionne Warwick was one of the famous faces to pay tribute to her, calling her a ''sweetheart''.

Speaking on Andy Cohen's 'Watch What Happens Live' show, the 'I Say A Little Prayer' hitmaker said: ''She was a sweetheart, she will be missed, she was a good girl.

''It's not easy. It's [manageable] because of our faith that Bobbi is with a much bigger and more powerful person, or thing, that she's in much better hands now.''

She wrote: ''My heart is truly heavy May u rest in peace with your mommy #BobbiKristina sending prayers 2 the Brown/Houston family

''No parent ever think of burying their child be4 they go so extra prayers 4BobbyBrown & Cissy Houston Rest #BobbiKristina (sic).''