Bobbi Kristina - the daughter of the late music icon Whitney Houston - has paid tribute to her mother to honour what would have been her 51st birthday yesterday (09.08.14). 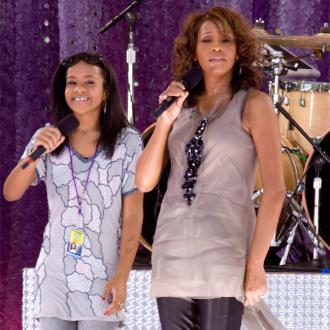 Bobbi Kristina Brown has paid tribute to her late mother Whitney Houston on her birthday.

The daughter of the iconic singer - who passed away in February 2012 - took to Twitter as she honoured her mum in a touching tribute on the micro-blogging website to mark the milestone yesterday (09.08.14).

Meanwhile, Bobbi - whose father is 'My Prerogative' singer Bobby Brown - hinted earlier this year she was planning to follow in her mother's footsteps by launching a music career.

She tweeted: ''Think about it.. She had 1babygirl, lungs and a GORGEOUS unforgettable voice .. Who do you think ONLY has HER vocal chords.. ? (sic)''

The young star is also rumoured to be getting help with her career from Mariah Carey and former 'American Idol' judge Randy Jackson.

A source previously said: ''Mariah and Randy were close friends of Whitney's and were heartbroken after she died suddenly in 2012. They kept in touch.

''Now Randy has decided he wants to help Bobbi Kristina become a star - and Mariah told him she wanted in, too.

''Mariah would love to step in and provide mentoring to [Bobbi] because she and Randy have been so close ... They have years of music experience between them and will share all their knowledge with Bobbi Kristina.''