Bobbi Kristina Brown has revealed she has tied the knot with her fiancé Nick Gordon. 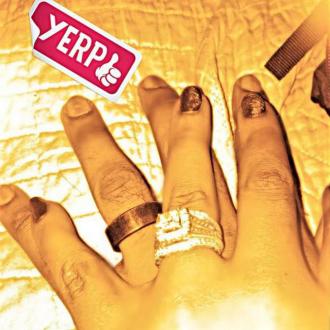 The daughter of the late Whitney Houston appears to have tied the knot with her 24-year-old fiancé, with whom she has shared a sibling-style bond since he was informally adopted by the legendary singer at the age of 12.

She proudly informed her Twitter followers on Thursday (09.01.14): ''#HappilyMarried So #Inlove if you didn't get it the first time that is. (sic)''

The excited 20-year-old star accompanied the message with a picture of her and Nick's hands, showing off their wedding bling.

Bobbi and Nick announced their engagement in October 2012, during her family's short-lived reality series 'The Houstons: On Our Own', but their unconventional love was met by widespread disapproval.

The feisty star wrote on her Facebook page at the time: ''YES, we me nick are engaged. I'm tired of hearing people say ''eww your engaged to your brother'' or ''if Whitney was still alive would we be together or would she approve of this. (sic)''