The family of Bobbi Kristina Brown are reportedly considering taking Brown off life support and have barred her boyfriend Nick Gordon from visiting her bedside.

Bobbi Kristina Brown's family are reportedly considering taking the 21-year-old off life support. Brown remains in a medically induced coma and her family met on Monday (16th February) to discuss her future care. Brown, the daughter of the late Whitney Houston and Bobby Brown, has been in a coma for more than a fortnight after she was found unresponsive in a bathtub at the end of January. 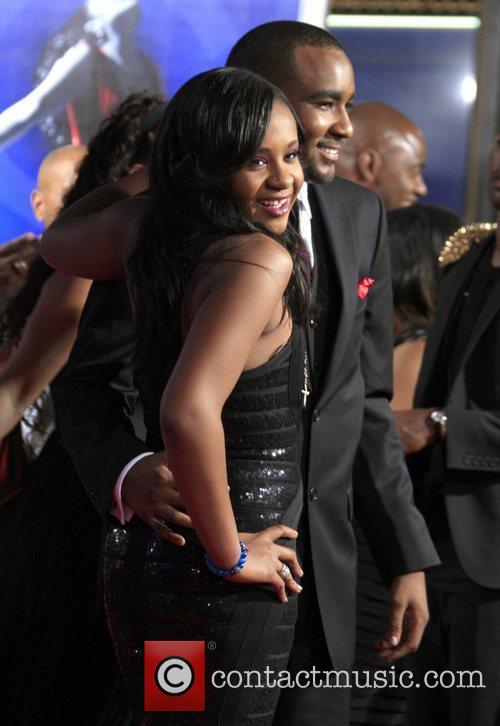 Brown's grandmother Cissy Houston and her father have remained at her bedside and, according to reports in ET, are reluctant to withdraw life support. The family allegedly believe in the power of prayer and, according to sources, remain optimistic about Brown's recovery. Bobby Brown's nephew Shayne told reporters Brown was recovering. "She's getting better. We just ask for people to continue to pray," Shayne said.

Brown was found in a bathtub on January 31st January by her boyfriend Nick Gordon and his friend. She was found unresponsive by paramedics responding at the scene and immediately rushed to hospital. Brown was placed in a medically induced coma but it is uncertain if she will awaken. Some reports claim her condition is "dire" and arrangements, in the unhappy event of her death, for her funeral are already being discussed.

Meanwhile, Gordon has reportedly been barred from visiting Brown. According to Gordon's lawyer, the family did not want Gordon visiting Brown for unspecified reasons. Gordon has since appealed to the family to allow him visitation. "[Nick] has respected the family's wishes and for that reason alone has not returned to the hospital and risked a public confrontation," Gordon's lawyer told TMZ. "He desperately wants to be with the one he loves and continues to hope that his request will be granted."