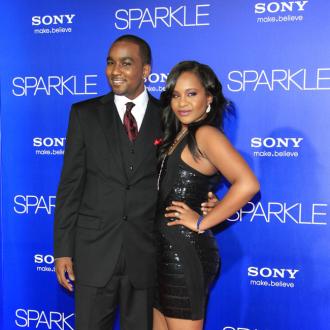 The aspiring actress - the daughter of Bobby Brown and the late Whitney Houston - announced her engagement last month in a preview from her upcoming reality show 'Houstons: On Our Own', but the couple have now called off their relationship.

Nck, 22, tweeted on November 18: ''@REALbkBrown and I are not engaged or dating. Just close like we have always been.''

The following week she also posted a number of cryptic tweets insisting she is all alone.

She wrote: ''I'm leaving , this this good ole town and driving to the send of the world . Maybe it's beautiful there (: Xxxo. Who do I trust in this world? Pfft well that's easy beezie, #Myself, No1 will kno's me like ME&They'd rather not take thtchance2knoME, &2me.

''That's incredibly fine .. Because you'd be missing out on a #REALperson Xxo #armyofme #onmywon #goingtomakeit#determined, she wrote. ''I guess it's time 4me2stop depending on anymore. It's my time2follow what Mom&The Lord put out on this path for me. #Thankful. Mom xxo (sic).''

Nick was informally adopted by Whitney when he was 12 and the pair were raised as brother and sister. They were ''always close'' growing up but their relationship changed as they got older and they sought comfort in each other after Whitney's death in February and started living like a couple in Atlanta.

The reality series - which follows the pair and other family members, Whitney's brother Gary, sister-in-law (and the singer's former manager) Patricia Houston and Bobbi's grandmother Cissy Houston - is expected to detail their break up.

One of the executive producers on the show replied to Nick's tweet, writing: ''@nickgordon @realbkbrown watch to see how it all unfolds on #TheHoustons on @lifetimetv (sic).''