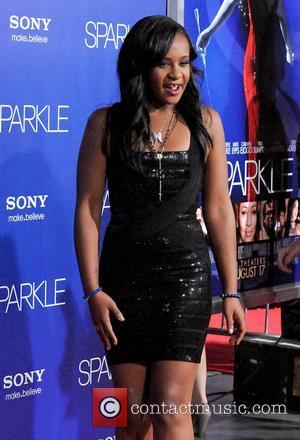 It's been something of a hot topic for the Houston family in recent weeks, and now all could be revealed; is Bobbi Kristina Brown really engaged to her childhood friend Nick Gordon? Aged just 18, Brown caused a shock when, in the wake of her mother Whitney Houston's death, she was seeing kissing and canoodling with Gordon. The pair have since formed a relationship and there are rumours that they're planning to get married.

Now a clip previewing the forthcoming reality show 'The Houstons: On Our Own' shows Brown flashing a sapphire rock that once belonged to her mother, standing next to Gordon and telling her family "we're engaged." So what's the big deal about all this? Well, although not related by blood, Gordon was taken in by the Houston family when Brown was extremely young, and the pair of them have grown up, in effect, as brother and sister together.

This change of affairs that's come out during an extremely tough year for the family, hasn't gone down well with many of Brown's relatives at all. "A lot of teenagers, when they hit 18, they think they're grown," her aunt Pat Houston told ABCNews.com. "They think they know it all, they think they know about relationships. You just have to be there to navigate and guide them." She added, "You have to hope that their feelings will not get hurt, but they will."