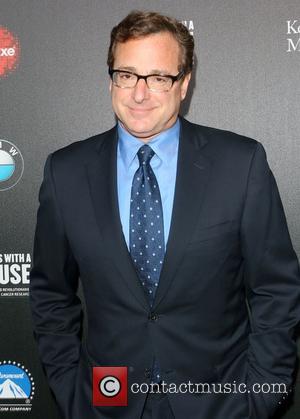 Full House star Bob Saget has confessed he banned his daughters from watching his popular sitcom because he refused to be hounded by the family-friendly show all day long.

For eight years, Saget played the lovable patriarch Danny Tanner on the 1990s U.S. comedy, which still has a loyal fan base.

However, in an interview with Access Hollywood Live on Wednesday (09Apr14), the comedian reveals that his own three daughters were never among the millions of viewers tuning in to watch the beloved sitcom.

He admitted, "I kind of forbid them to watch it... it was forbidden. It was a kids' show. It was a lovely, family kids' show, but I'd done it all day. Would you go home and watch a kids' show after you did it all morning?"

Despite the fact he refused to let his children watch the programme, he still has fond memories of his time on the show, and he still keeps in touch with his co-stars, including his onscreen daughter Candace Cameron Bure, who is currently competing on U.S. Tv competition Dancing with the Stars.

Saget says, "I am watching, and I'm voting... people gotta vote for her! She's amazing on this thing. She's a beautiful girl. I want her to win."