Actor Bob Saget Is Heading Back To The Broadway Stage To Help Close Out The Play Hand To God. 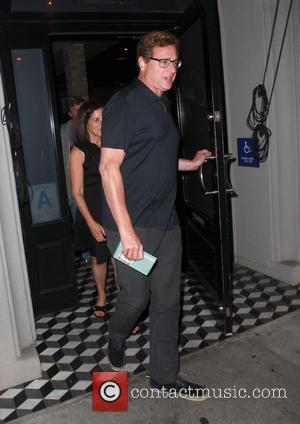 The black comedy, about a shy student and his glove puppet, will end its run at New York's Booth Theatre on 3 January (16), and now Bob has signed on to join the cast for its final shows.

The former Full House star will step into the role of Pastor Greg from 3 November (15), taking over from actor Marc Kudisch.

"I've been wanting so much to come back to Broadway, especially if the material was just too good to resist," Saget says in a statement released by show producers. "After seeing Hand To God with my daughters, I knew immediately that I'd pounce at the opportunity to be a part of it if I could. Didn't see it coming but beyond delighted. So looking forward to getting onstage with this miraculous cast in this incredibly funny and poignant play."

Bob made his Broadway debut in 2007 musical The Drowsy Chaperone.