As well as documenting the 'Full House' on set antics, Saget also lifts the lid on his childhood and describes his younger self as a “serial liar”. Saget writes that he was a ‘'mischievous little bastard shoplifting toy guns, candy, setting small fires.’” He also describes himself as being “overweight, with zits, and my signature look at the time was a late-seventies comb-over and welding-size bling-y PhotoGray glasses’’, by aged 15. This caused him to be a loner in high school where he was given the nickname,  Saget the Faggot, by his crueler classmates. The actor also overcame family tragedy which included the deaths of his two sisters, four uncles, and many friends throughout the years. He writes that the losses made him “obsessed with death” and that he never thought he’d live past his fifties. It would be these early tragedies, however, that would push Saget on to pursuing a career in making people laugh, no matter how many knockbacks he faced throughout the years. 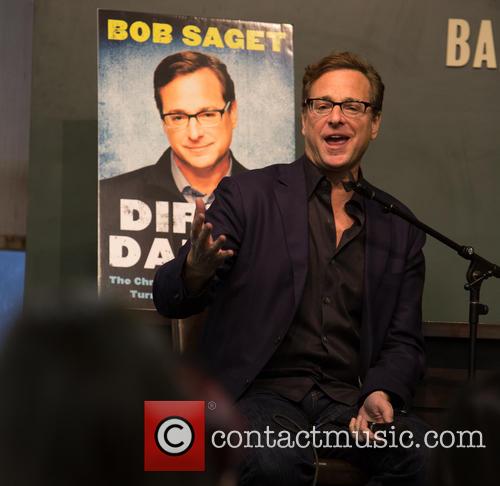 Dirty Daddy is sure to be an interesting read for any fans of Saget particularly those who remember him fondly as the dad on 'Full House'. His revelations might shatter the clean cut image that he had on the hit 80s show but it certainly makes his time on 'Full House' sound a lot more fun. Of all the celebrity memoirs Dirty Daddy might just be the one that makes for the most compelling and fun read so far this year.

Watch Bob Saget on the red-carpet: